Twist and torque in the cellular nanocosmos: Scientists from Dresden detect biophysical forces of molecular motors in 3D 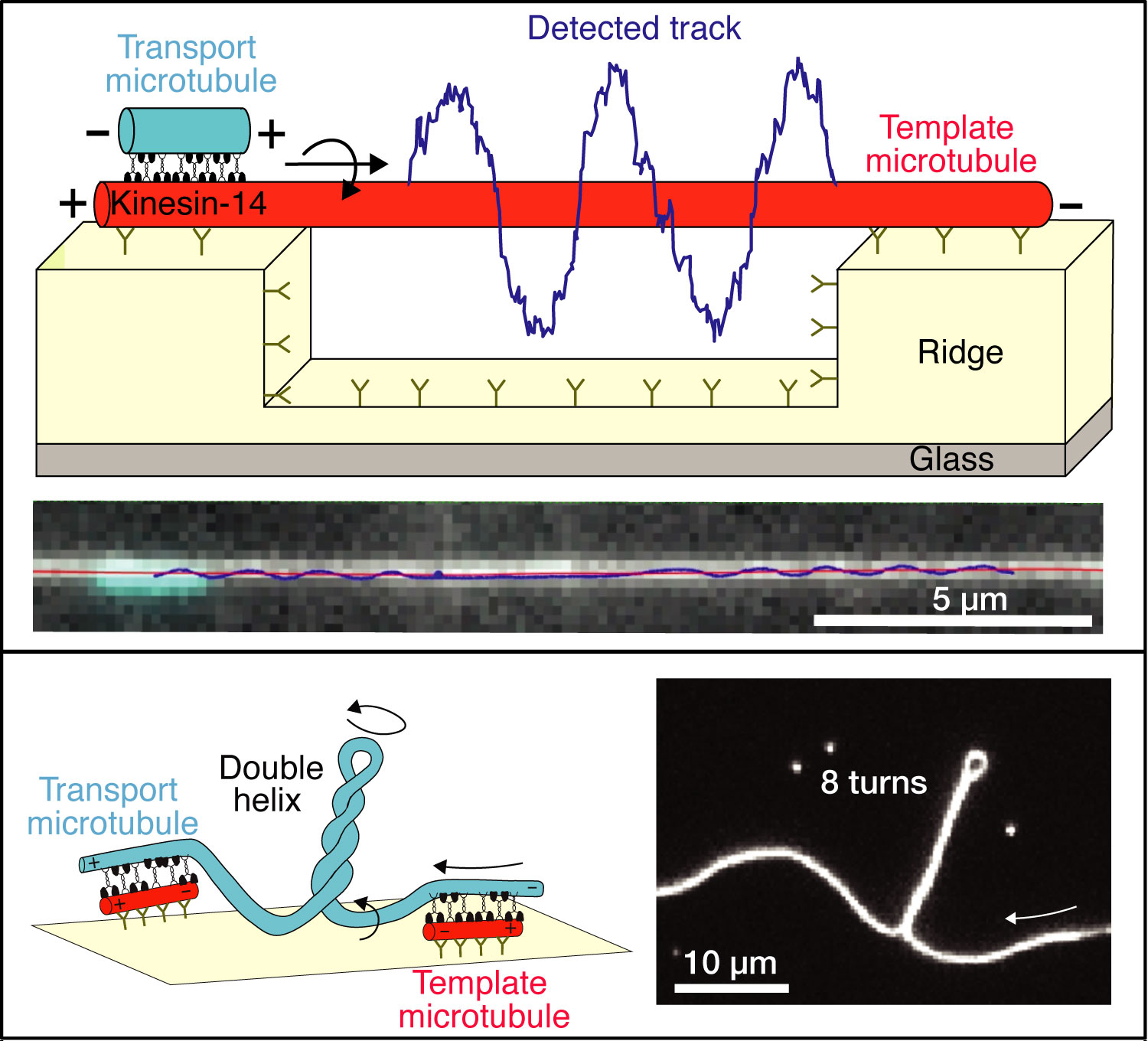 Which biophysical forces operate during cell division? In a coordinated process, the genetic material is divided into two. Cytoskeletal motor proteins play a decisive role in this process as they ensure that microtubules work in a targeted manner. These tiny tubes form the fibers of the spindle apparatus. Motor proteins organize the mitotic spindle by cross-linking and sliding of microtubules and ensure a smooth cell division.

Until now, these motors have been considered linear force generators, i.e. exerting forces exclusively parallel to the direction of the elongated microtubules. However, scientists at B CUBE of TU Dresden have shown that some kinesin motor proteins move also in sideward direction. They have now published their findings in Nature Communications.

For their study, Prof. Stefan Diez’s team, with consists of TUD and MPI CBG Scientists, developed and employed a novel experimental set-up to investigate the lateral movement of motor proteins. “In our three-dimensional assay, we found that the motors indeed not only push the microtubules forward, but also drive their helical motion. We used customized nano-patterned surface structures fabricated in the CMCB Microstructure Facility and observed how the microtubules wound helically around long microtubules that were suspended on those structures. Intriguingly, the motor proteins produced rotational forces, i.e. torques, strong enough to twist and coil the rather rigid microtubules. This explains the phenomenon of the “twisted” spindle architectures recently observed in live cells,” explains Prof. Stefan Diez, senior author of the study.

Moreover, the phenomenon of chirality was also addressed by the study: Chirality classifies structures that cannot be brought into alignment with their mirror image. This feature is regarded a hallmark of symmetry breaking during cellular development but little is known about its origin. Based on their study, the biophysicists believe that chirality can readily result from the rotational forces of motor proteins.