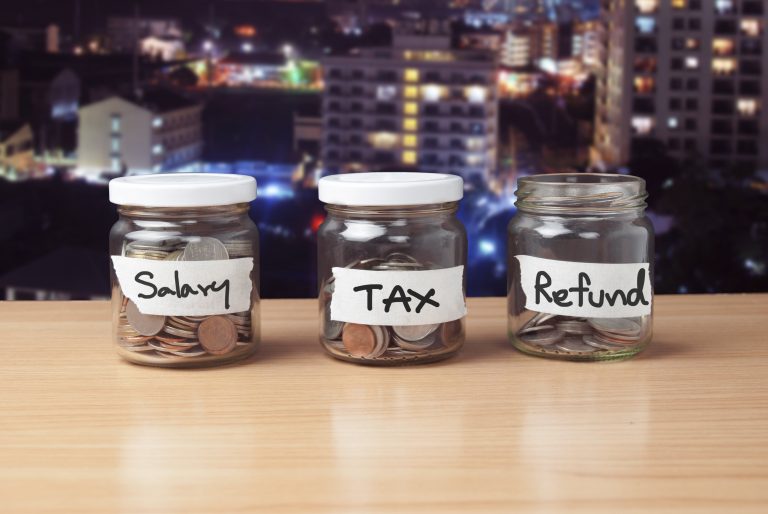 You have secured a contract of employment with a Dresden research institution? Congratulations! Of course, you want your salary to make a positive difference for your available income and potentially also for the immigration office’s evaluation of whether you can sustain yourself and your family. Hence it is worth looking at and understanding the components of your salary, namely the deductions, which result in the difference between your gross and your net salary.

Income tax is deducted automatically from your income from employment and tied to your tax ID. This is a number, which you receive in the form of a letter a few weeks after your local registration. The letter is an important document, which you should keep in a safe place, because a German tax ID stays valid throughout your life and is only issued once.

The amount of income tax deducted from your salary depends on your tax class – Steuerklasse, which in turn depends on your marital status, children and additional jobs you may take on. Six tax classes exist, denoted with roman numerals:

If you have children, you are probably eligible for a child tax break and should let your employer’s HR department know when signing your contract or as soon as a new child is born.

While scholarships generally are not considered taxable income (consult the awarding body, if in doubt), your German salary will be taxable if it is above a specific yearly minimum amount. Note that following the first year of moving to Germany, you are obliged to make an income tax declaration about your world-wide income. Don’t be alarmed: Only your German income will be taxed, but your world-wide income is used to determine the income tax rate to be applied to your German income. Only once you have been living and working in Germany throughout the year, a declaration might not be mandatory anymore. Income tax declarations for a year are always due on the 31st of July of the following year.

Employees and employers pay mandatory contributions to 5 types of social insurances, which serve to protect the current and former working population and their dependents financially from the consequences of 5 basic life risks, with the aim of maintaining a stable standard of living, if a risk comes to pass. But – availing some of the benefits requires: having paid contributions for some time. Only 4 types of social insurance contributions are visibly deducted on your payslip, because your employer covers one branch, the accident insurance – Unfallversicherung, UV all on his own. The 4 deductions visible are:

Follow this link for general information about the social insurance system.

If you are employed by a public service employer, such as the TU Dresden or many other research institutes, but are not a civil servant, you may be paying into a mandatory or voluntary pension scheme (VBL) apart from the social insurance contributions outlined above. Find more information here.

If you want to look up your gross and net income from a public service employer online, scan your contract of employment to locate the applicable collective agreement, your salary band, your salary level and, for part-time employees, your percentage share of a full-time equivalent (typically 50%, 65%, 66%, 75% or 100%). Usually at Dresden research institutes, the applicable agreement is TV-L (Ost), the salary band is E13 or higher, the salary level depends on recognition of previous experience (default is level 1). Finally the only other thing you need to know is the percentage contribution to your health insurance. Look up your net income by using the gross-to-net income calculator.

HR Officer
For queries about your contract of employment or payslip (salary, taxes and other deductions), consult the responsible HR officer first (contact details on your salary statement).

Revenue Office
For queries about your income tax and to apply for changes (e.g. of your tax class), contact or visit the Revenue office as shown on your salary statement, together with a German speaking friend. See here a list of Saxon Revenue Offices.

Where to find us